Posted in Accidents by Ankur Kundu 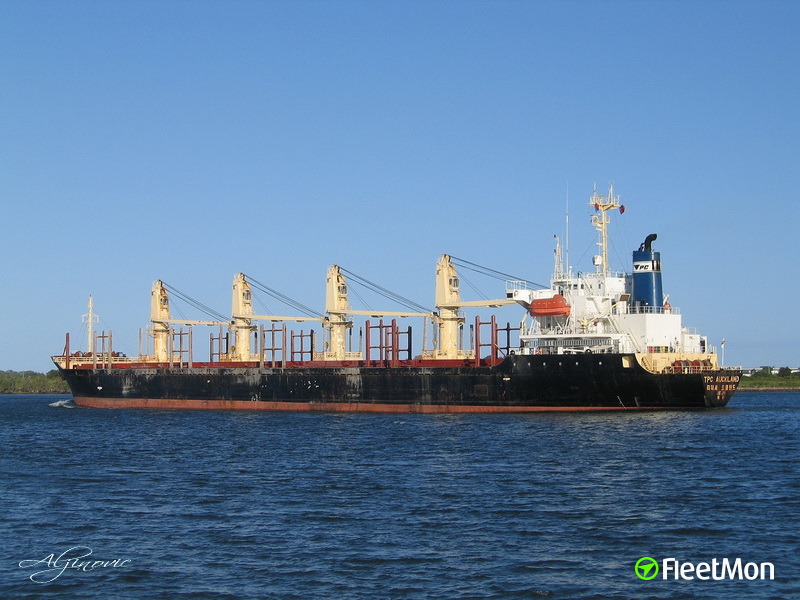 The Panama-flagged bulker at the helm of the controversy is MV QUEBEC. The ship arrived at Graciosa Bay to pick up a load of logs on January 20 for a Chinese company. The head of Solomon Islands Maritime Authority (SIMA) went on to accuse the crew onboard the bulker of deliberately discharging "about 1,000 tons of heavy fuel oil" on state television.

The island government had sent out a technical assessment team to the site to identify the extent of the pollution. On close examination, it became clear that the 28,500 dwt bulker crossed into the second level of pollution, spilling 1,000 tons of HFO.

Director of Solomon Island Maritime Authority (SIMA), Thierry Nervale said, “For us, it is clear that this is deliberate pollution of our seas. It’s not accidental, what we have found out is the boat has mismanagement in terms of their systems and most probably their system has always been in the position to pollute the sea.”

The vessel in question, MV QUEBEC has a long history of failing PSC inspections over the years. What's more, since 2013, each and every one of it's PSC inspection has pinpointed shortcomings, with inspectors in China, Russia, New Guinea, Malaysia and Iran recording a total of about 130.

Nervale stated that an estimated 1km of the Southern Pacific country's coastline has been affected by this ordeal. Even though the quantity of the spill is nowhere near 2019's disastrous Solomon Trader spill, but the amount is still very significant nevertheless.

“All committed offenses have been indicated and the master of the ship will be charged according to our laws.”

As per our AIS report, local authorities have detained the vessel last week.

This incident comes barely two years after the island nation had to deal with a disastrous oil spill in the proximity of a UNESCO-listed World Heritage Site. Now, the nation seeks compensation for "deliberate" fuel oil spill from the Singapore-based owners of the ship.